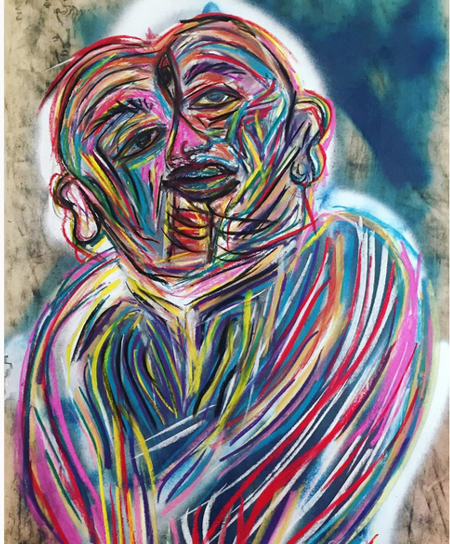 This is an illustrative 21B Jyotish analysis  based on the sidereal chart of a successful business personality, who is very much in the news in 2016 (named Joshi Rabinez (not his real name) in this description). Some of you may guess who it is based on birth details, the initial diagnostic and success path assessment, presented below.

Joshi Rabinez was born June 1971. An Aries ascendant, Joshi has a rather strong chart. Strong Mars (his ascendant ruler) makes him a driven personality. Mars being positioned very strongly in his 10th house of career shows he will make his career his top priority. Rahu (the North ecliptic node) is also placed, again in strength, in his career house, thus ensuring multiple career interests in parallel, in each of which Joshi would relentlessly work for success. The Moon in his birth chart is the ruler of his 4th house of mother and home. It is positioned to provide him ways to grow creatively and also be supportive of his romantic aspirations and to have children. The Sun in Joshi’s chart makes him courageous, visionary and risk taking. Saturn in his chart ensures Joshi has income and capital gains to build family wealth. All of these strengths together indicate that Joshi is very bright in many areas and has high social visibility.

Now to his weak areas: His communication style is combative and can come across as overly assertive and even abrasive (indicated by Mercury which signifies communication, rules his 6th house of competition and struggle and positioned to play a major role in his role as entrepreneur by virtue of its position in the 3rd house). He will have ups and downs in his married life and potentially have multiple marriages: the ruler of his house of marriage, Venus, is afflicted by Rahu from the 10th house: Joshi’s multiple career aspirations trump his capacity to sustain his marriage. Also, Joshi’s relationship with authority figures shows ongoing challenges, which may lead to potential failures are some key points in his career.

Summary of strengths and weaknesses: Joshi has the intelligence and the drive to achieve career and financial success in multiple areas. He is likely to come across as combative abrasive, thus not able to gather and sustain a core leadership team around him. His married life is likely to be overshadowed by his driven focus on career aspirations. He is likely to have difficulty in his relationships with authority figures as well as business and financial partners, potentially negatively impacting his business plans at some point.

This section of the report (deleted to preserve confidentiality) will typically drill down into specific details in actual cases: based on skype / phone interview which follows the horoscope analysis, as part of the service package.

Joshi Rabinez is well positioned for career and financial success. He will benefit through ongoing coaching in the areas of communication, marriage and in managing relationships with authority figures and business / financial partners.

This section of the report will typically drill down into specific details in actual cases: based on skype / phone interview which follows the horoscope analysis, as part of the service package.

For the near future, over the next two years (from April 2016): Joshi is currently going through a phase where he is ruled by Rahu, which makes him overextend (and overpromise results) himself into multiple career areas, albeit in creative ways – from now to the fall of 2017. He is likely to be in a relatively tough position to deliver his promised results, especially in late 2017. While he will be very driven and be able to deliver, especially in early 2018, he is likely to come up short vis a vis his relationships with his financial / business partners and advisors. Intensive coaching, in the three areas indicated above (communication, marriage and relationship with authority figures / partners), over the next year and half will help Joshi to increase probability of success.