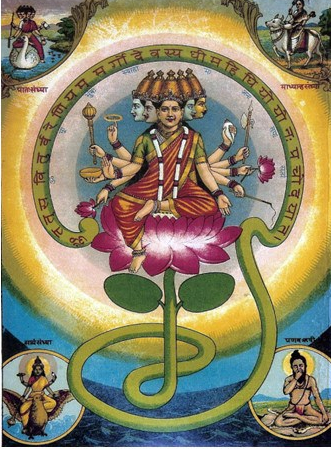 This morning, August 17th, the Sun rose in Leo. Ever auspicious, the Deva Savitr in Leo is even more so. He transits Leo in the period between August 17th and September 16th in the 21st century. The Deva channels Sri Gayatri MAtA’s blessings to us.

This 30 day period in 2018 is likely to be more positive than the same time in the last two years, when the Rahu-Ketu axis was afflicting Leo (and we experienced eclipses September 1st and 16th 2016 and August 21st 2017). This year Leo is clear and the Sun can bless us unhindered. Late last year the Rahu-Ketu axis moved on to Cancer and we experienced eclipses in June-July 2018 – and many of us have just about begun working our way out of some rather stressful situations at personal and social levels.

However (and there is usually a ‘however’), Mercury and Venus may send some mixed signals to quite a few of us during the next two weeks to September 2nd 2018.

Summary: Auspicious Sun in Leo, Volatile Mercury in Cancer, Weak Venus in Virgo. Sun will transit into Leo August 17th 2018 and will be there until September 16th 2018. Sun in Leo is auspicious for all signs in different ways. For example, Leo may show leadership, while Virgo works on inner peace and Gemini starts new initiatives. Capricorn may benefit from partnerships and inheritance, while Pisces may find it easy to win in competitions and get financial benefits. And so on.

However, Mercury, may throw a spanner in the works until September 2nd as it moves slowly out of Cancer. It makes for volatility in communications and analysis, in turn impacting volatility in many areas in our lives, including financial markets.  In this case, the volatility of Mercury is mostly related to Moon transiting from one house to another. Dates to watch for mixed and missed signals: August 17th-21st (Moon transiting from Libra through Scorpio and into Sagittarius), 23rd, 25th/26th, 28th, 30th and September 1st-2nd.

Meanwhile, Venus continues to be weak and distant in Virgo until September 2nd. Luxury items and sales targeted at women have less chance of success and this will be reflected in the financial markets as well.

So September 3rd to 16th may be less volatile, more enjoyable. More on that later.